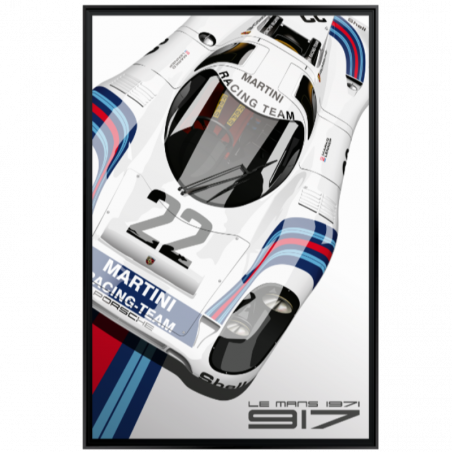 Numbered laminated plaque of the legendary Porsche 917 in Martini Racing colours.
This time the typical grey livery was replaced for the brand-new magnesium 053 chassis which only raced once.

The Porsche with the famous design that won the 1971 general classification.

The immaculate white car presented at the weighing platform. The simple white colour was only decorated with several stickers and the famous red and blue Martini stripes for the race. The car held the record for distance covered until 2010.

Design by CAR & NOIR for the 24 Heures du Mans. Presented in a black shadow box.

Laminated on wood in a shadow box 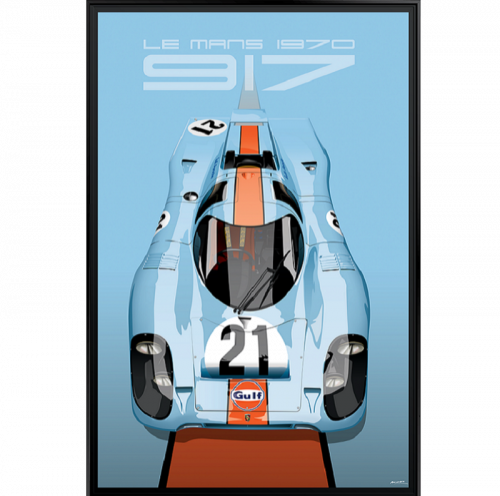 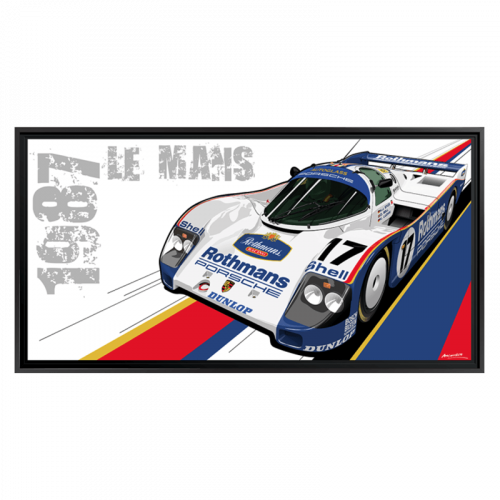